Mouse is an input device for computer and it is used to access or run on the computer screen, without mouse we can’t move cursor or arrow on the screen, without mouse we can’t open, close, there is no such thing or device to replace instead of mouse. In this wireless mouse technology is now running in present world and wireless mouse works with Bluetooth connection and it uses battery power, battery power withstands longtime minimum period of one year and mouse consumes less power in it, in wireless mouse Bluetooth slot is present without losing transmitter.

Mouse are of different types: –

First mice were invented in the year 1944 by Ralph Benjamin and he was invented for the purpose for the fir control radar at world war II. Mouse was conceived by Doug Engelbart in the year 1960. The Engelbart thought up this idea in 1961 and first prototype mouse was created by English in 1964. (4) 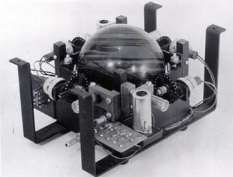 The cursor was controlled by a simple mechanism using joystick that Benjamin after thinking and he came up with “roller ball” and it functions alike to the standard mechanical mouse. Roller ball was coated with rubber and it contacts to the sides of the rollers, rollers can turn in x & y directions and that movement was transfer in to proper movement of pointer on screen. This device gave birth to the mouse.

First prototype was developed by Bill English, and kept secretly without knowing outside of the world. Bill English & Engelbart approach NASA for further research to get best results. (1) (5) 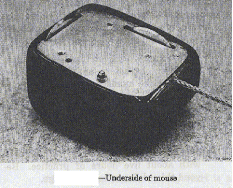 Mouse works with the help of roller ball and ball moves forward and backward direction with the help of diode motion was detected and transforms the motion onto the screen, there is special software to detect the motion of the roller ball and translate the motion on to the screen. Roller ball is used to control the cursor on the graphical user interface on screen, vertical wheel and horzontal wheel are used to move cursor from one point to another point on screen, roller ball has three guides which are used to guide the ball without getting out from the instrument while operating the mouse, the motion of the rollers sends electrical signals to the computer and software is used to convert signals in to user interface i.e; cursor.Mouse connects directly with the help of wire.

The basic mouse has one button. 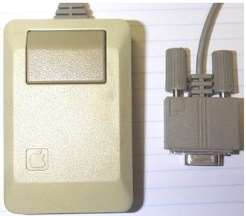 The single button has name “LISA MOUSE”Single button was first introduced by apple company in the year 1983 and material is steel and it was used until 2000.This design was not changed for almost 20 years due to it compact design, for this design they have done a lot of research to get final product, it was acctually designed and renamed by IDEO in 1991. Lisa mouse was failed due to it technical reasons, after that they changed and introduced “The Macintosh Mouse” material is used is rubber. After this apple introduced two more designs and it doesn’t take any effect. (2)

In 2005 apple introduced new product witout using mechanism and the name of the product is “The Mighty Mouse” after 22 years of strugulling they succeded in this product and it works good, the mouse body respond to the click.(2)

Wireless mouse or Optical mouse was first demonstrated by two independent inventors in 1980’s by John Markoff & Sol Sherr, it uses a infrared led and a four-quadrant infrared instrument to detect grid lines in pattern with infrared engrossing ink on a special metallic surface.

Optical mouse or wireless mouse uses a light source to detect movements relative to surface, it is different from mechanical mouse, in optical mouse moving parts are not present.

Wireless mouse consist of transmitter, reciever, battery, and reciver can be placed behind the battery inside the mouse. The reciever is connected to the computer and transmitter is inbuilt in side of the mouse, reciever and transmitter uses radio frequency to communicate each other to transfer signals from both sides and it is a continous process, if battery power drainsout we need to replace or if the battery is rechargable we need to charge before using.

Right click is mainly for shortcuts for new folders, new ms office files, for documents or folders right click is to open,edit,rename,cut,copy,delete,properties.This functions are highlighted in that particular button or click.

Scroll wheel is used to scroll page up & down, zoom in & zoom out in maps,images, in some applications scroll wheel is also used to exit particular command i.e; creo software.

Touch pad was first introduced by Olivetti and Triumph-Adler in 1992, after that Cirque corporation was developed and commercilaized the touchpad and it was used commonly for various products like notebook and computers. Cirque corporation branded as Glidepoint in 1994, Glidepoint wass the first technology adopted in the notebook omputers as system pointing devices, it performs the same as mouse. Glide point technology reconiged as one of six best products on cover “Best products of 1994.” PC Magazine 10 january 1995. (3)

Apple announced touchpads to powerbook series in the year 1992.(3) 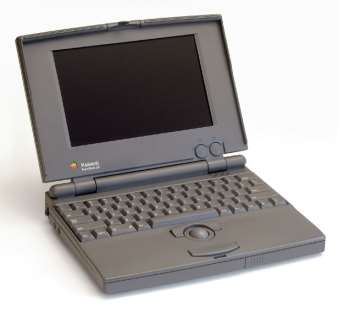 Conductive sensing has two layers one is horizontal and vertical set of wires between two layers there are low conductive material is used for intersection and doesn’t flow electricity between these layers. 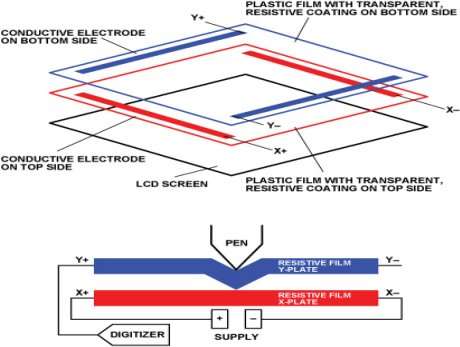 when we touch the two layers by using finger for contact to each other at a point and the point gets coordinates and coordinates sends to the system.

Functions of touchpad is like mouse; relative motion enables us to move our finger across the surface of touchpad and moves cursor on screen. Under the touchpad two buttons are present and it was like the mouse buttons and it functions same as mouse clicks i.e.; left button, right button. Mouse has scroll wheel and in touch pad it doesn’t provide in it, instead of that in touchpad there is an option of hotspot which enables the scroll wheel function in touchpad, there is an option in hotspot like, one finger, multi finger, additional.

Mice transforms from mechanical to electrical from past to present, further we can see virtual reality. Virtual reality is the latest technology.