Traditional Chinese yin-yang theory contains rich philosophical implication, comprising: a split into two views, the universal point of view, the unity of views. Yin and yang philosophy is characterized by: emphasis on complementary and symbiotic, the pursuit of harmony and balance. Advocating complementary symbiosis, harmony and balance of yin and yang theory of building a harmonious society for our valuable intellectual resources and useful lessons: between people, between people and society, between man and nature, and even countries, ethnic and between peoples are complementary symbiotic relationship of yin and yang, should mutual benefits and common development. 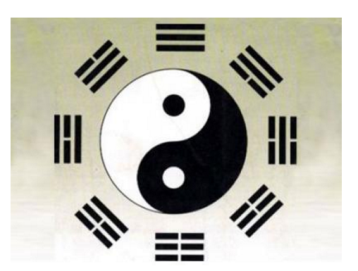 Yin and Yang theory.In ancient China, the meaning is that yin and yang support or oppose sunshine, sunshine toward the side of the male, the female is carrying a sunshine side. Later, with the yin and yang refers to two state two opposing air or gas.

Traditional “yin and yang said,” has three meanings: First, yin and yang strength, everything from sexual intercourse. The second refers to different physical properties, such as support or oppose, light and shade, the actual situation, rigid, positive and negative, up and down movement, bump and so on. Third means different things, such as heaven and earth, sun and moon, male and female, dorsal and ventral, etc., as well as advance and retreat, gain and loss, success and failure, changes, life and death, growth and decline, and so on. Because of yin and yang, “meaning” very broad, so it is everywhere.

In short, the meaning of yin and yang contains very extensive, refers both to the yin and yang of two different strengths, but also refers to different physical properties and opposite things. It can be up and down, inside and outside, day and night, in time, on the spring and autumn, summer and winter, the weight of the severity of the state of motion of the space on behalf of the movement, advance and retreat, lifting, heaven and earth, of all things, there are two different yin and yang Attributes. In traditional Chinese culture, the two actually become the yin and yang symbol, representing the opposite but complementary sides.

Universal perspective.In the doctrine of yin and yang, yin and yang properties universal as Yin and yang properties is not limited to a particular thing, but generally exists in a variety of things and phenomena of nature and human society, among representatives of the two opposite but complementary to each other. Yin and yang theory that, regardless of the sun and the moon celestial run, day and night alternate seasons, climate, cold and heat, or the human tissue structure and functional status, and other things or phenomena, are opposite and complementary in development and change, and that everything can according to certain properties, or belong to a female, or a home in the sun and thus, the properties of the yin and yang of things universal significance.

Therefore, in traditional Chinese philosophy, phenomena and laws of motion of all things, can be summarized with a yin and yang to the yin and yang is a fundamental law of nature, growth and development of all things, the root causes of the decline of the change is to change the motion of matter master.

Life Philosophy.During ancient human cognition of things, and gradually we realize that all things are there are two conflicting aspects can be divided into two: one with a universal movement, change, light, floating up, warm, clear light and other attributes that positive things; and those generally have a stationary, stable, supple, dark, settlement, cold, muddy and other attributes, namely negative things. The one thing the two sides against each other, and a look into two, which is epistemological progress; to apply this knowledge sublimation observe everything, which is epistemological leap that the philosophy of dialectical outlook. The medical use of the human form into the outer yang, yin inside, for the sun, under the shade, the sun is back, abdomen, yin; the internal organs into the dirty yin, yang organs; divided into the yin ; then in the physiology, pathology, diagnosis, treatment and other aspects of yin and yang theory as the key link, filled with a divided mind II constructed dialectical mode.

From the perspective of modern disciplines, traditional sports health is an interdisciplinary, involving traditional health science, exercise physiology, sports science and other disciplines, is an emerging interdisciplinary subject. Unlike traditional sports Health sports. As we all know, in addition to enhance physical fitness sports, culture Willpower and other functions, it also has a strong confrontational and competitive nature.

French thinker Pascal once said, “man is a reed, the most feeble thing in nature; but he is a thinking reed do not need the whole universe to take up arms to destroy him; breath , a drop of water is enough to cause him the doom, however, even if the universe were to crush him, man would still be better than that which killed him something much more noble; because he knew himself to death, and the universe he has the advantage over, and this universe is unknown.

“Type health preservation” is a simple fitness philosophy of ancient people in the long life practice gradually formed. Its basic connotation is strong outside the body, resting in the spirit, body and spirit were raised to accommodate “in the” exercise of its principles, “blood circulation” for the purpose of exercise and fitness inner mechanism.

Traditional sports regimen in ancient philosophy on the basis of absorbing, construct his own philosophical theory of yin and yang theory, five elements theory, the formation of its own cultural characteristics, it is a way of life of the Chinese nation. Research literature in this regard can be studied, and the theory provides us with an explanatory power of the framework and documentation material. However, the literature most remain in the general level of theoretical interpretation, mechanically apply some ancient data to the traditional health said doubting its mysterious, practical significance needs to be strengthened, so that the lack of research results more convincing and credible .